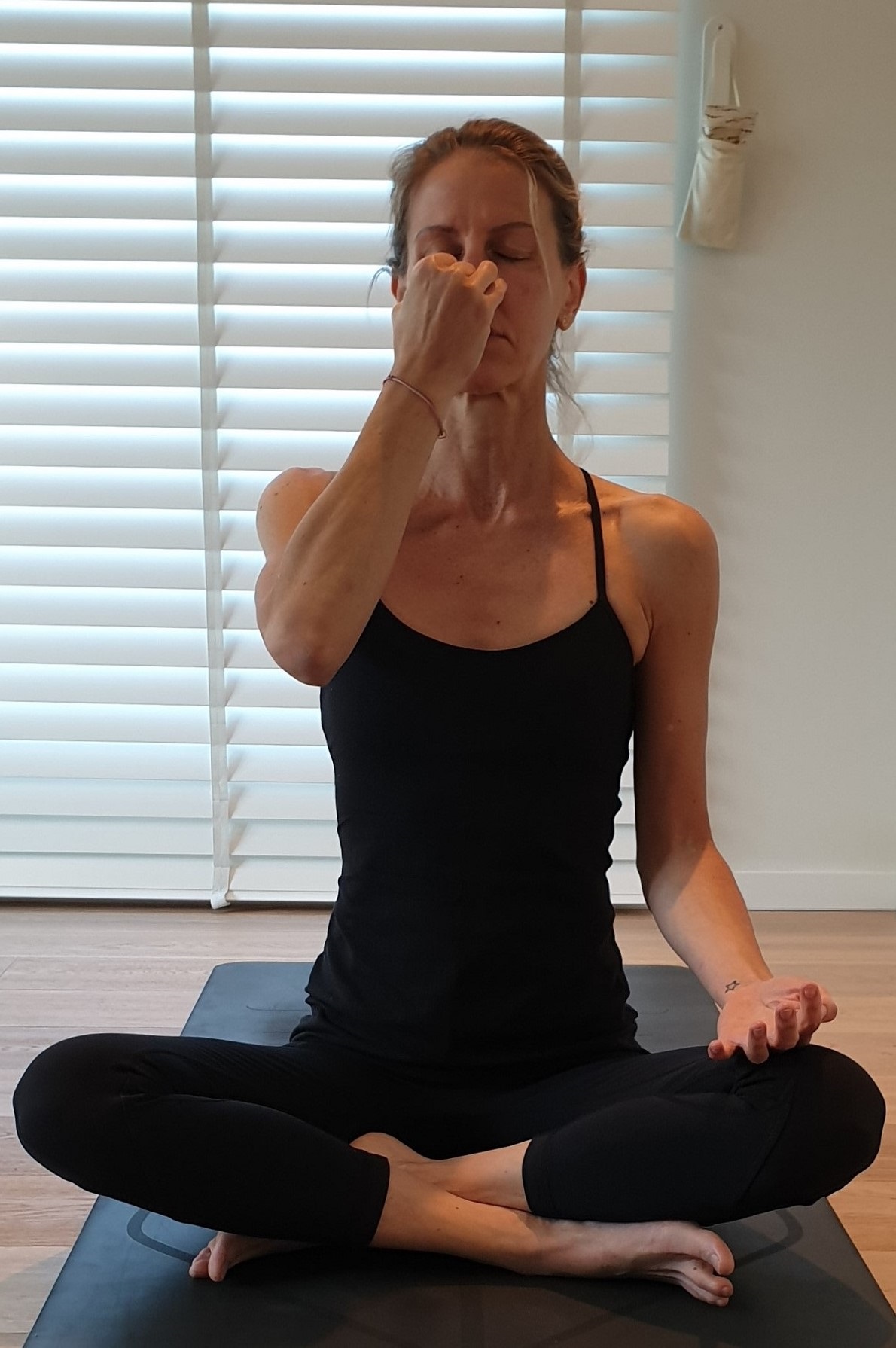 What does Pranayama mean?

The first step is to develop an awareness for the breathing mechanism and the muscles related to this, as breathing normally happens on a subconscious basis. Following this preparatory period, the exercises are extended and also the halting of the breath (“kumbhaka”) is included in the practice.

What are the effects of Pranayama?

On the physical level, pranayama when done on a regular basis increases the respiratory volume as well as the oxygen saturation of the tissues. Important muscle groups, for instance those of the pelvic floor and the abdominal muscles, are strengthened.

Energetically, pranayama results in a targeted increase and better distribution of the life force (prana) in the body.

By establishing new breathing patterns existing connections between emotional states, for instance fear or anger, with limiting ways of breathing are disbanded, and these negative emotions weakened. In this sense, pranayama as practiced for millenia in India is one of the oldest forms of breathing therapy.

There are pranayama techniques that have defined therapeutic indications. Others have a soothing and calming effect in a more general way. Other techniques primarily increase vitality.

You can learn pranayama from me in private sessions as well as in introductory workshops (on-site or online). Following the introduction, I shall provide you with a series of pranayama exercises catered individually to your person, your goals and your “time budget”.

After the introduction, I then offer Pranayama classes once a week early in the morning (currently on Fridays, from 6.30 until 6.55 a.m.) and in the late afternoon (currently on Tuesdays from 5.30 until 5.55 p.m.). In addition, there is the possibility to take pranayama refresher courses several times during the year. You can also ask general or individual questions concerning the pranayama practice during the yoga forum, which usually takes place once per month.

How to practice Pranayama

In my experience, you should initially practice pranayama at least three times per week. The length of the practice is less important than its regularity.

After only a few weeks, you will already notice the positive effect of pranayama (also on your asana practice should you have one).

Introduction to Pranayama (in English)

I teach pranayama in the tradition of Swami Kuvalayananda (1883 – 1966), as I have learnt it from his direct student Sri O. P. Tiwari and his student Paul Dallaghan.

What is the difference between this kind of pranayama and the one taught in Ashtanga Yoga?

In my experience, this form of pranayama is softer, at least in the early years of practicing, and it can also be better individualized.

Can I practice pranayama even if I don’t do any other yoga?

Of course. It is not necessary that you can sit in lotus pose on the floor. Pranayama can also be practiced sitting on a chair, for instance.

I am a smoker. Can I learn pranayama nevertheless?

Certainly. I must admit, though, that in my experience there are two types of smokers. One type starts the pranayama and very soon stops smoking. The other type will soon stop the pranayama..

Out of courtesy towards the other practitioners, if you practice on-site, please do not smoke for at least one hour before class and do not come to class in clothes smelling of smoke.

Is pranayama suitable for everyone?

Yes, it is. As long as we live, we breathe. And to breathe and do certain breathing techniques consciously is beneficial for everyone.

Yet, there are some practices that should be avoided for medical reasons (i.e. with hypertension or glaucoma – as long as they are not under control). Some of the practices should not be done during menstruation, when a woman wants to become pregnant or is already pregnant.

A qualified teacher will discuss this with you before you start. And this is how I do it as well :-). 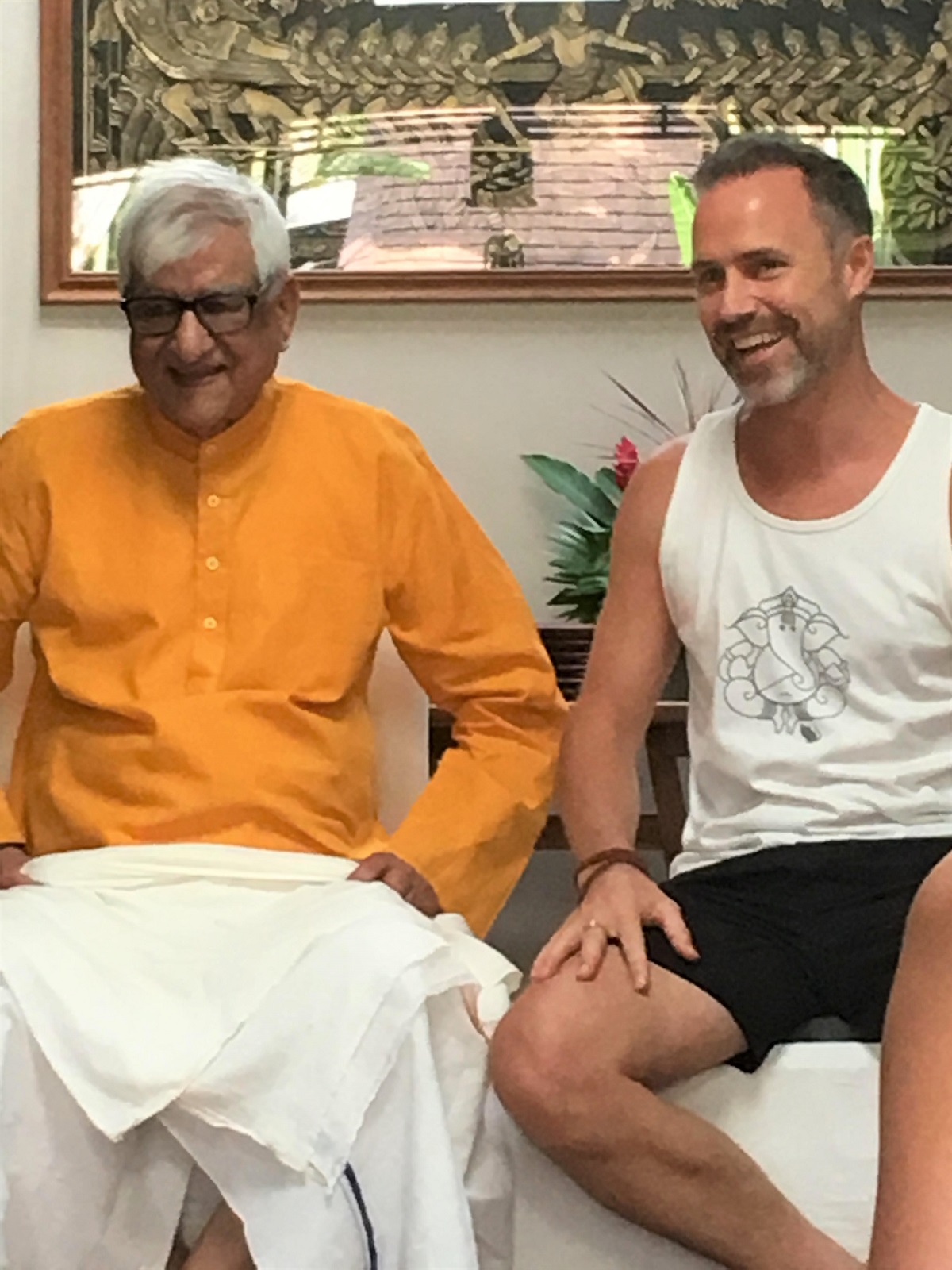 Gregor Maehle: The Breath of Yoga

When the breath is steady, the mind may become steady.

Therefore, one should control the breath.”