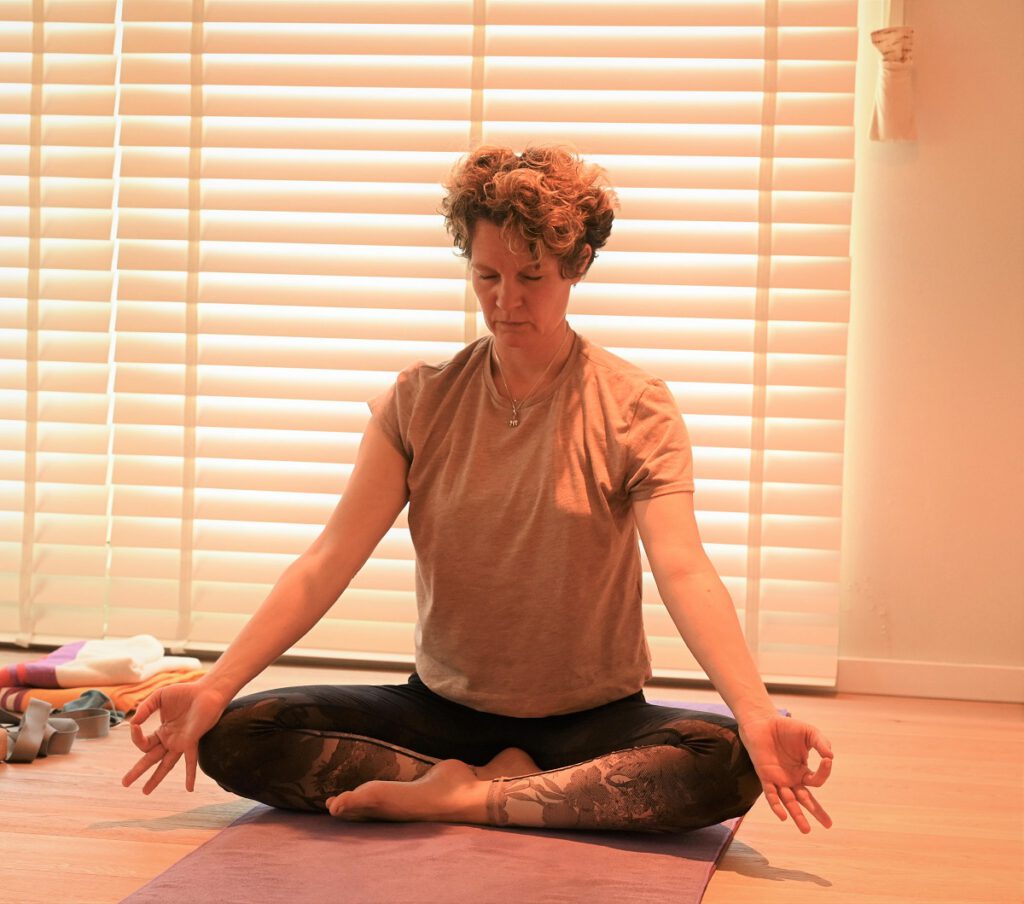 The term ”meditation“ (from meditation = to think, contemplate, devise, ponder) encompasses exercises to calm the mind. Some of these exercises are a few thousand years old and part of Eastern and Western religions, some are modern methods without a religious context. Within Yoga meditation is for instance one of the limbs of the eight fold path.

There are many different kinds of meditation. Most well known are the mindfulness meditation, mantra meditation (especially transcendental meditation), Vipassana meditation and Zazen meditation.

Common elements include being performed in a calm space with a minimal amount of distraction, performed in a certain position (seated or lying down, but there are also walking meditations) and using an anchor for the mind (a certain word – for instance a mantra -, an object, a special sequence of practice, often just the breath). In its optimal form, Ashtanga Yoga is also a form of meditation, movement meditation.

My personal path to the Kanda meditation

For me personally, meditation has helped me since my adolescence to cope with stress and moments of upheaval in my life. It is an important source of strength and a path to more understanding and inner guidance.

Initially, I practiced simple meditation the breath, then for about a decade mantra meditation (concretely transcendental meditation).

The meditation techniques that I have been practicing since 2002 have been taught to me by Christian Lamilhau. They are partially derived from Taoism, Qi Gong and Tibetan Buddhism, partially Christian himself.

I have “translated” these techniques into the space of yoga, under the heading of “Kanda meditation”. The kanda is the deepest reservoir of life energy in our body – on a deeper level than the chakras.

In order to learn the basic techniques, you can either take private lessons or participate in the introductory seminars that I offer on a regular basis. Both is possible as well on site as online. 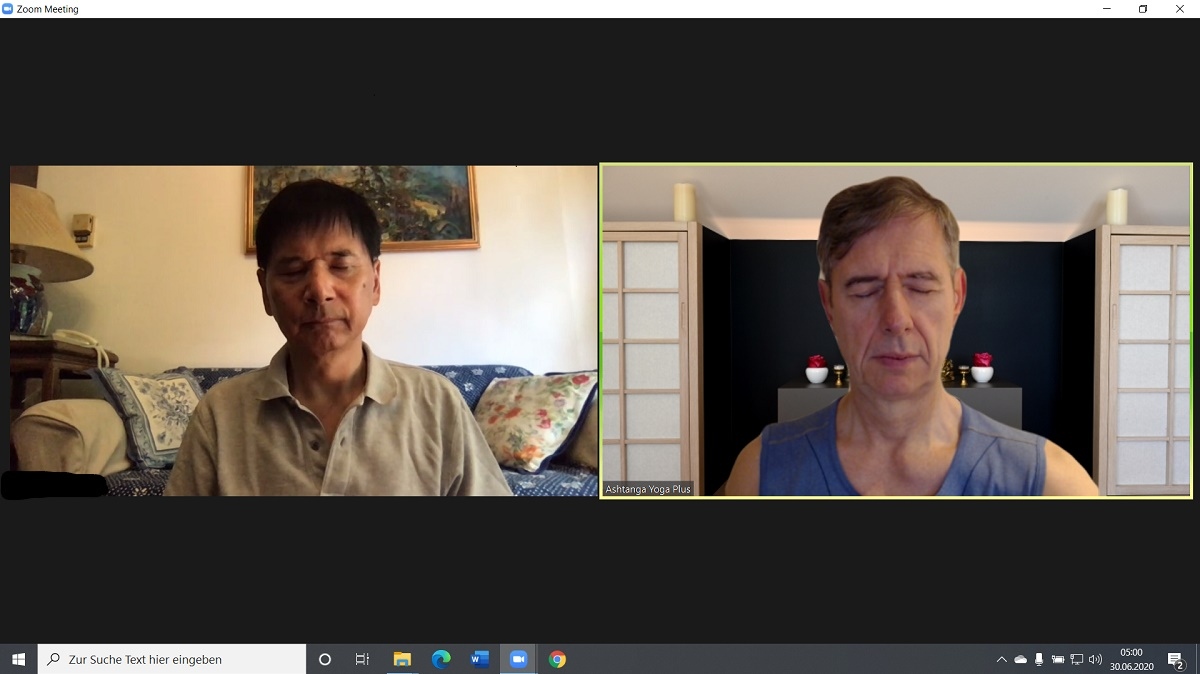 Is meditation suitable for everybody?

In principle yes, with a few exceptions. In cases of deep depression, in psychoses, certain forms of epilepsia and a few mental illnesses, meditation is not appropriate.

It is also important to find the meditation style most suitable you.

For many people “sitting still” is a big challenge – for them dynamic meditation styles for instance Ashtanga Yoga are more suitable.

Once you have learnt the basic techniques (belt, 1 st man of bronze, the loop) you can participate in the guided meditations, currently on Sundays from 7 to 7.45 a.m. and on Fridays from 6.30 to 6.55 a.m..

As part of the guided meditations you will over time also be introduced to more advanced exercises.

The meditation exercises are also an essential part of the energy work that I offer.

Kanda Meditation - an introduction (in English) 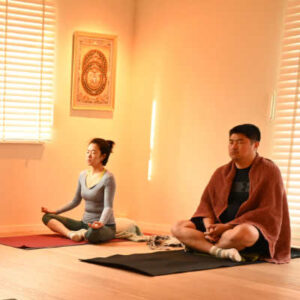 For more vitality and clarity

Generally speaking, the goal of meditation is to achieve a mind set which is different from the routine mind set in daily life. In the meditative state, one experiences a special form of mindfulness and a deep relaxation simultaneously. This effect requires a regular practice over a longer period of time.

These days, there are a number of scientifically proven studies that demonstrate a positive effect of regular meditation on both physical and psychological well-being. Of course, this is also dependent on the kind meditation that one practices.

Certain meditation techniques have been shown to be helpful against high blood pressure, irritable bowel syndrome, anxiety disorders and sleeplessness. Cognitive abilities like the power of concentration can also improve. In addition, the ability to handle stress is ameliorated. 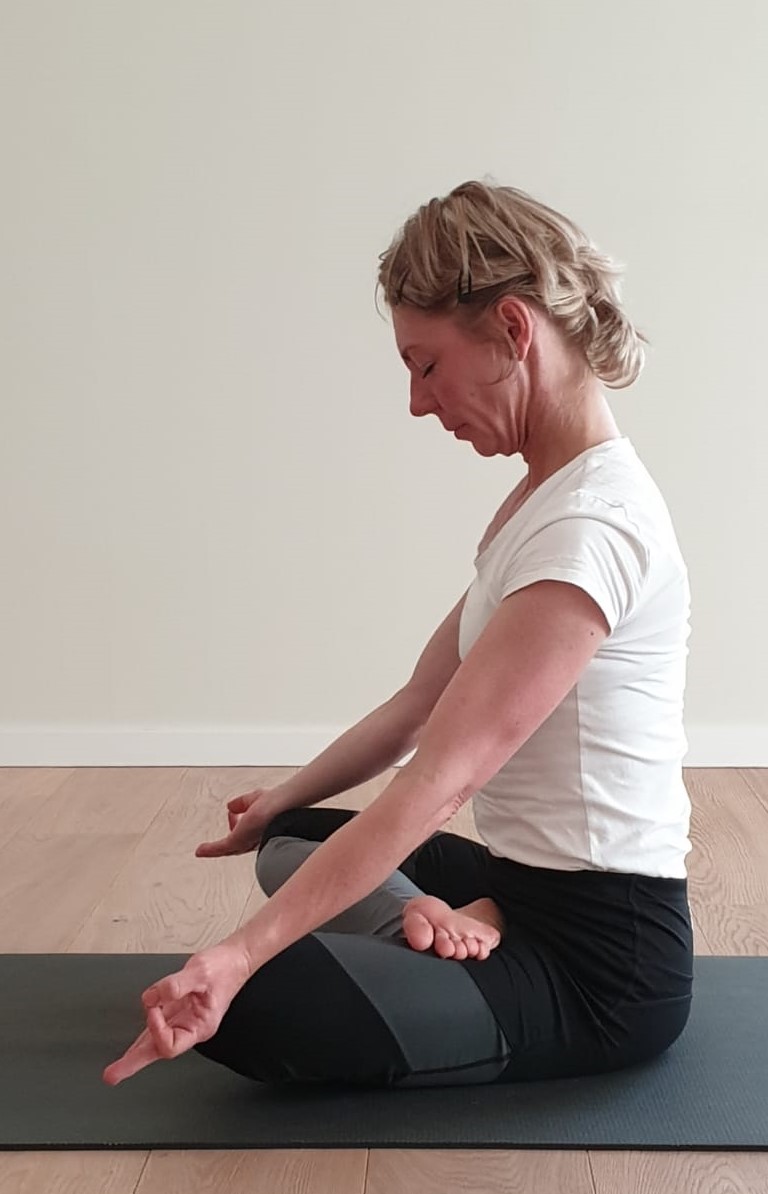 Sealing the energy at the end of the Ashtanga practice

There is a place beyond the ideas of right and wrong. I’ll meet you there.